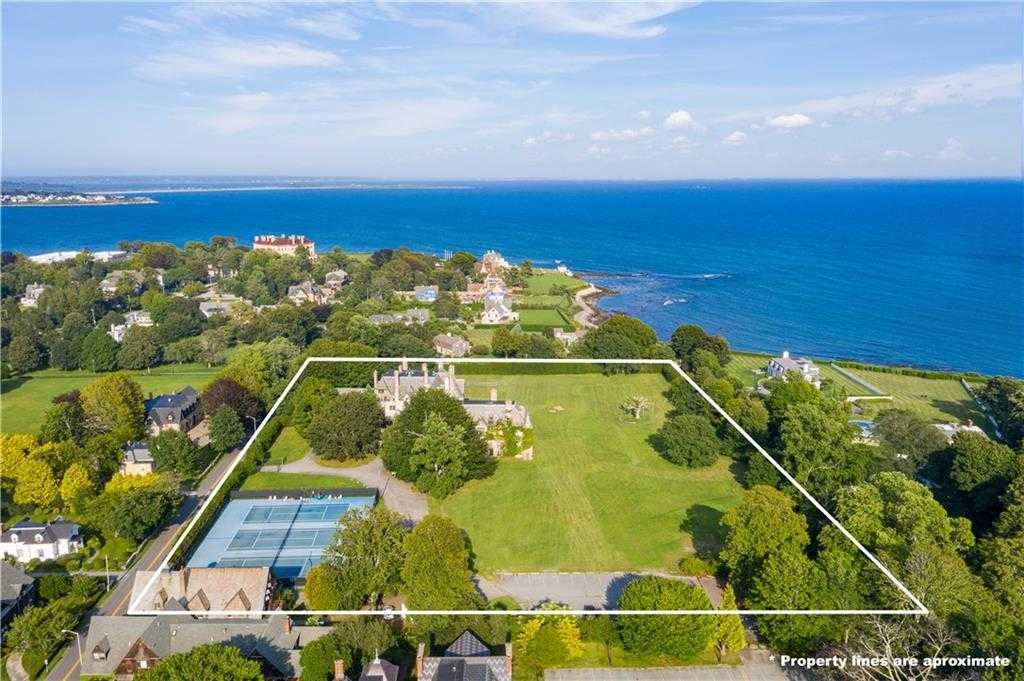 Historic "Seaview Terrace" is perched atop nearly eight acres of seaside property alongside Newport's famed Cliff Walk. At over 43,000 square feet, Seaview is the fifth largest estate in Newport and the largest that remains privately owned. Built in 1907 for Edson Bradley, it was originally located in Dupont Circle in Washington, D.C. The home covered more than half a city block, and included a chapel with seating for 150, a large ballroom, an art gallery, and a 500-seat theatre. In 1923, Bradley began disassembling his Washington, D.C. mansion and relocating it to Newport. "Sea View", the Elizabethan-Revival mansion already on the site, was incorporated into the design, and lent its name to the new chateau. Rooms that had been imported intact from France and installed in Washington, D.C. twenty years earlier were moved again and reassembled in Newport, and the new building was constructed around them. The ALA awarded Bradley's architect, Howard Greenley, the 1928 President's Medal for the chateau. Seaview boasts many articles of virtu including "The Flagellation" (circa 1544?47) an early-Renaissance stained-glass window designed for Milan Cathedral. The Great Hall features a whispering gallery, an elliptical room reminiscent of Saint Paul's Cathedral, in which a person standing at one end of the foci can hear the slightest whisper uttered at the other. Long used as a dormitory, this is a once in a lifetime opportunity to restore and preserve a true piece of history.