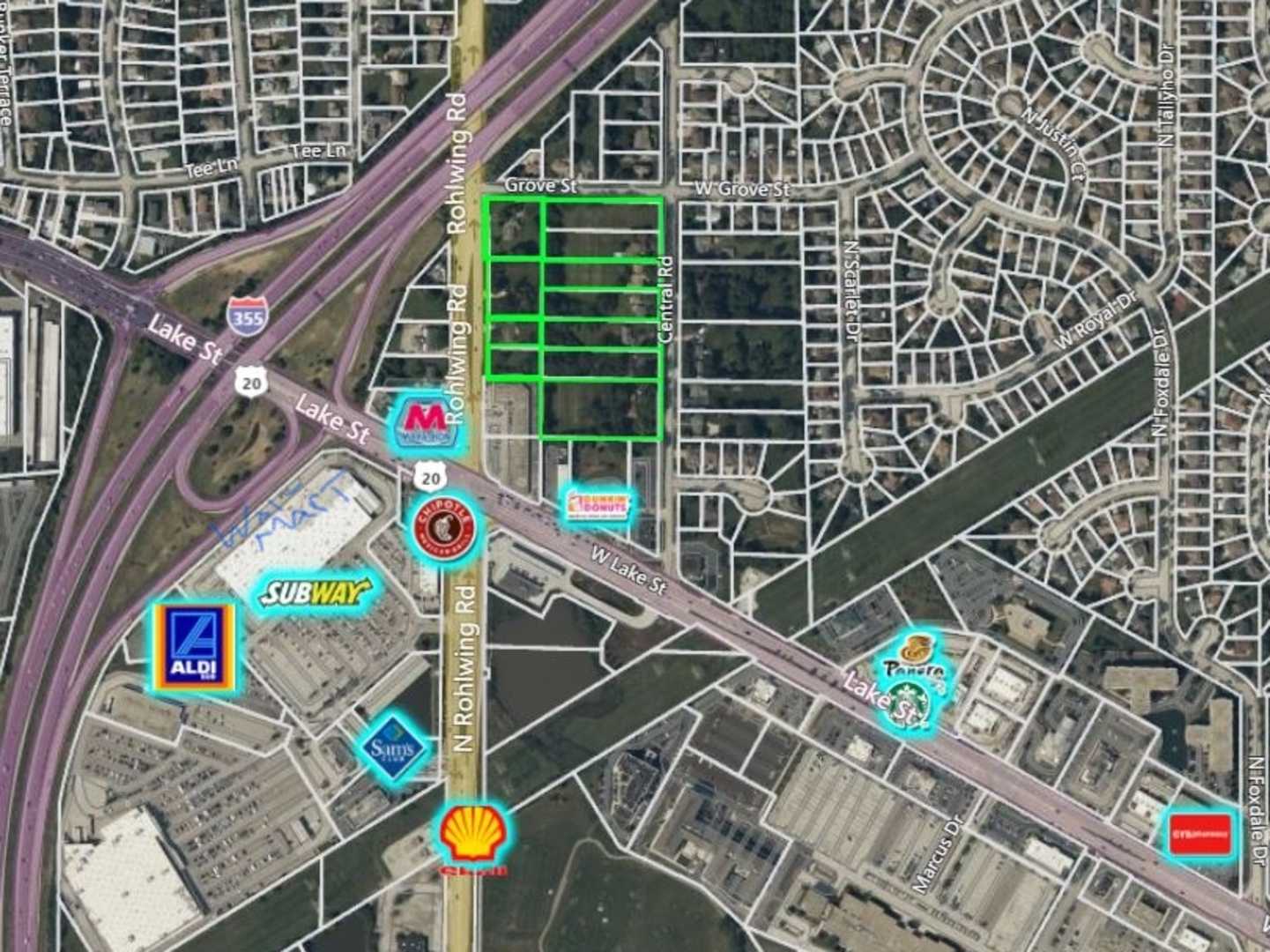 Extremely rare Land Redevelopment opportunity in Itasca, IL. Currently the land consists of 10 single family homes which offer a total of 9.85 Acres of land. This opportunity is an Investor/ Developer Dream! No other land is available like this in an established submarket as this one. These parcels would included in an annexation into the village of Addison, IL. The subject land is 27 miles north west of down town Chicago. It is very close to O'Hare International Air Port, major expressways, many major retailers and all transportation. More specifically, the subject land is located in the north east corner of the intersection of Lake St and Route 53. The land sits between Route 53 on the west boarder, Grove Street on the north boarder, Central Rd on the east boarder and Dunkin Donuts, Mario's Deli, Bigsby's, DeMarco's Restaurant and Lake Street on the south boarder.